The silence of the woods, the hullabaloo of the wild beings, the land colored in green, the sky embellished with multihued wings, you know you are in Corbett, when the tiger’s roar touches your heart’s strings.

Jim Corbett National Park – the oldest established national park of Asia, the park where ‘Project Tiger’ was launched; the first park to be declared as a tiger reserve and so forth there is an endless list of milestones that this park has achieved.

A superb news for all those who have a wish to scout tiger and other wildlife creatures from a close distance that Bijrani Gate has been opened from 15th October, almost after a break of 3 months. The other zones will resume from 15th November. Travelers can make an entry to Corbett through Bijrani zone, which has a lot to offer. On the first day of opening, around 500 people went through the Bijrani zone and more than 300 wildlife enthusiasts and nature lovers embarked on the safaris. Moreover, all the tickets of safaris were sold on 15 October. The roads that got damaged owing to downpours during the monsoon have been suitably refurbished and revamped said Satish Chandra Upadhya. It is estimated that in the coming days, the park may welcome the same number of travelers according to forest officials. Tigers in Asia are acknowledged as the big cats, the royal predators, and at the same time they are an endangered species. Considering the same, the Asian countries have put their best foot forward for preserving the big cats. India, Russia and China have made significant efforts for the protection of the tigers. It was in year 1973 that the Project Tiger was kicked off in India. Initially it covered nine reserves and later it extended its approach. Owing to its success, the tiger count raised from 1200 in 1973 to 3500 in 1995. Though in the early 20’s, the number went down to 1411, India fought back and reached to the count of 1706.

Looking for a perfect place to spend this Independence Day? Then travel to a place where vast grasslands breathing in the tang of nature, various rides bringing you close to the untouched places, famous wildlife creatures and so many fun-filled activities await your arrival at the most renowned Jim Corbett National Park. Perched in the foothills of Himalayas in the Nanital district of Uttarakhand, it is amongst the oldest national parks in India. It is a place where you are sure to catch a glimpse of the king of the forest and that is Tiger. Created as the Hailey national park in 1936 and later got changed into Jim Corbett in respect of the famous hunter (Jim Corbett) turned environmentalist in 1956, the park is stretched over a diverse landscape encompassing marshes, woods, rivers and mountains 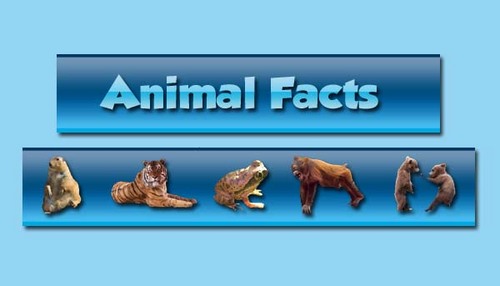 It is stupefying to reflect on a huge number of animals that exist in the globe. Each animal has its own distinctiveness and deeds that set it apart from the rest. The more an individual learns about creatures, the more he/she will be amazed by the skills, sheer radiance, physical abilities and some of the interesting facts that animals possess.