Why should tourism be permitted in core areas? Whatever statistics may say, the fact remains that the tiger population in the country has practically diminished,”- says the Supreme Court bench. This mere statement has changed the whole scenario of the wildlife tourism when the government banned the entry in the core zones of the major tiger reserves in India.

Definitely, India is the major destination for large amount of wildlife tours in the suitable outskirts of the land including the national parks in different locations; but a single decision that “they” say in favor of the wildlife conservation, has brought about many queries among us. The major one is the difference between the banning and the regulations. Since years, the forest officials are bringing up great maintenance and management efforts for the wild creatures as well as for the wild lovers; so these creatures can live comfortably and protected amidst their natural habitat and the tourists can catch their glimpses and appreciate the nature’s wonders so closely. 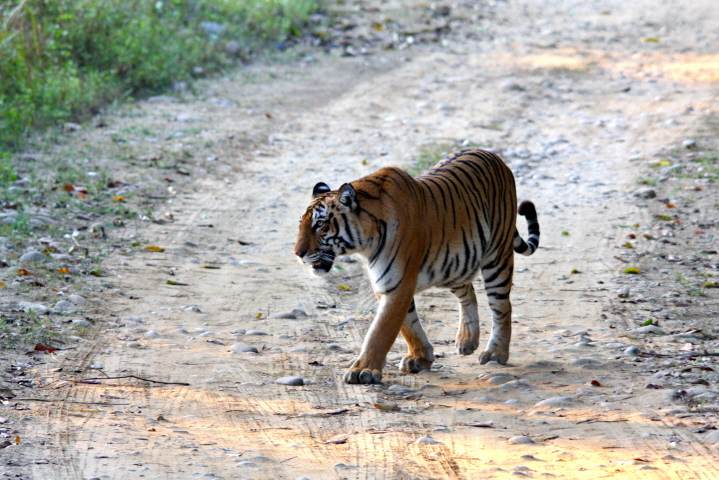 We are asking now, can’t we bring good and managed regulations to control the tourist traffic before it goes out of our hand? By just banning the entry into the major regions is truly not a solution but a regulated tourism should be focused.

Also Read: Corbett – A Must Visit Park for Wildlife Buffs

Of course, this single decision has badly affected the Indian wildlife tourism in its various areas. Counting the same numbers, nearly 200 shop owners in the villages and towns under the Madumalai Tiger Reserve in Nilgiri district in Tamil Nadu have downed their shutters where nearly 200 jeeps are lying idle that were used for the tourists and locals for sightseeing and jungle trips. Everyone is going without income just after this sudden decision. On the other hand, the Corbett Tiger Reserve which is being spread in the total area of 1, 318.54 sq km, with a core area of 520 sq km has been badly affected by disturbance in the tourism and hospitality that includes the people working in the tourism industry. Along with that the livelihoods of the tribes living in the buffer zones is also being badly affected.

Consequently, many other regions including Pench, Tadoba and Melghat Reserves in Maharashtra have also faced many kinds of challenges after the ban. And the most remarkable changes have been faced by the most famed reserves in Indian including, Kanha, Bandhavgarh, Ranthambore and many more.

The decision of banning the tourism in the core areas is really an unhealthy step for the animal lovers as well for the tourism department. Catching some of the pleas will definitely help us to find out good ways of defending ourselves:

– There are no linkages of tourism and declining of tigers– Tigers can easily move, live and breed even if the vehicles are plying around them. The reserves of Ranthambore, Kanha and Corbett are the biggest example where we have found closest encounter of the tigers living freely in the area and they are even used of the safari vehicles.

– There aren’t any private lodges in the core areas– The private commercial tourism within the parks are already being prohibited by the Wild Life (Protection) Act. If you will find any accommodations and structures existing inside the park, they are all government owned. Along with that the tourist movements have already been restricted to certain areas and they are only allowed inside the park for 6-8 hours out of 24.

– Tigers are the reasons to attract tourists– The reserves are meant for the tigers and if people are coming to the national parks the reason is only one and that is the “tiger tour”. Definitely if the rate of their species will decline it will affect the tourism and so great maintenance and protection has always been taken to balance the nature’s count as well as the tourism. There are almost 40 tiger reserves and more tiger parks where the wild lovers can take roaring glimpses of these creatures and where there are high chances of seeing tigers and other megafaunas, the tourists will definitely wish to step into that world.

– The area will be disdained upon banning on entry– It is an accepted fact that any place or thing has its value until it is being observed. The prohibition of entry will definitely disdain the area and the reserve will become more deserted bringing up the chances of more poaching in the area. This will definitely prohibit the media scouts or travel crew members and we will certainly be devoid of any kind of latest updates or news.

– The buffer areas– Earlier when the tiger reserves were named as the administrative areas, it was all considered as the core zone but with the expansion of areas further, the reserves were being categorized into core and buffer zone of the sanctuary. There was a time when the Tiger Reserves (TRs) were given a legal definition and the Forest Right Act was preceded. There are still some parks that have only the core zone and the department is looking further for creating buffer zones.

– A comprehensive decision making is the demand – The banning of tiger tourism is really bringing relapsing reactions. It is needed to bring creative ideas to extend tourism by keeping in mind about the preservation of the wild species. This can only be possible when we have an open and inclusive government organization. We are wishing, Our comments on the eco-tourism guidelines offered by SC will bring some results and the government will take necessary step accordingly. It should bring such result that will definitely work both for the environment and for we, the people.

The banning is really an alarm for the individuals involved in conservation and in wildlife tourism to bring strong and effective regulations so that the very first comment mentioned in the first paragraph by SC can be proved wrong. It is also very essential to work together so that we can also maintain tourism and help in the balancing of the eco-system. A good management has always been the key to success and if we are informed and well updated we can certainly fortify our efforts to “save the tigers”.

We are just hoping the Supreme Court will pay a balanced attention to all the elements related to the wild lives including the tourism. A well managed touring effort will definitely bring a flourished and well protected wildlife in India that will be highly appreciated by all the tourists all over the world by maintaining the species of the wild creatures.