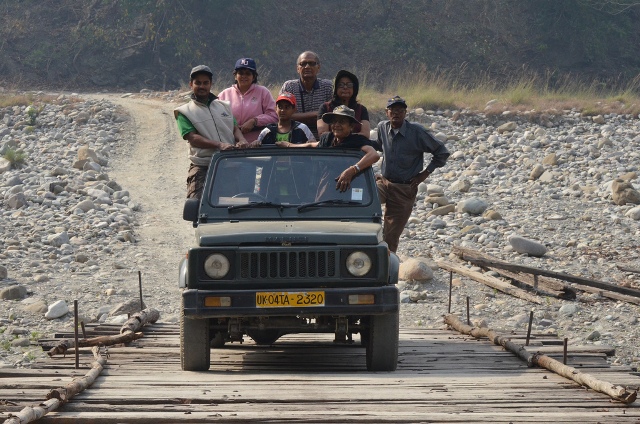 Perched in the foothills of the Himalayas in the state of Uttarakhand, Corbett National Park is an ideal territory of a riveting population of royal Bengal tigers and many such striking wildlife species. Among the various safaris that can be carried out here, Jeep Safari in Corbett is one of the best options to witness wilderness and be in awe of beautiful panorama of the park. The open pastures, wooded areas and assortment of flora and fauna species in Corbett National Park offer scores of opportunities for wildlife viewing while on a jeep safari at Corbett Park. Let us explore the full monty of jeep safari in this empyrean for wildlife freaks. 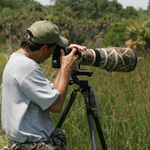 For anyone visiting Corbett National Park, capturing some awesome pictures of the wildlife and the natural beauty of the place easily tops the wish list. After all we live in an era where everyone is busy playing one-upmanship as to who can more frequently update their timelines on social media with memorable photos. Photos that are unique, tell a story and ones that are rare. Now unless you are in Corbett, you can’t get yourself clicked, take selfies with that smug smile on your face and with that rare animal in the background! As for images of this stunning place, you can even get it from your friends. But the satisfaction of uploading photos that are yours, that you have yourself taken while savoring that moment when you clicked the photo is an entirely different thing. Also, through these photos you can relive every moment you have spent at the park. But the problem, especially if you are not a professional photographer, is you may not know what to capture and how to capture the things that you find interesting. So lets us discuss in detail how to snap away amazing photography of the wildlife in the park. The oldest and among the most popular national parks in the country, Corbett National Park is a great haunt of nature and animal lovers. Home to the endangered Bengal tiger, the park was set up in 1936 and is located in the state of Uttarakhand. Earlier the park was known as Hailey National Park, but was later renamed Jim Corbett National Park after the legendary British hunter Jim Corbett. In fact Jim Corbett was instrumental in the establishment of the park, which for the record also holds the distinction of being the first to be included in the Project Tiger initiative. Tigers are no doubt wonderful wild beings but since their population is declining across the world, they have become even more popular amongst wildlife lovers. We ourselves cannot deny the fact that most of us visit a national park especially in India to get a glimpse of these big cats. A single glance from a tiger is enough to elicit happiness amongst wildlife junkies. There are a few tigers in India that have become larger than life and have become popular for their survival instincts, their legendary fights and their ever so popular family lineage. These tigers have been on the cover photos of international magazines and part of popular international wildlife documentaries. Here are 6 tigers that are labeled most popular in India. An official statement from Indian government stating a significant increase in tiger population has resulted in more and more wildlife lovers heading towards tiger reserves all over the country. As per the latest tiger census, the population of tigers has gone up by 30% from 1706 in 2010 to 2226 currently. The demand of visiting tiger reserves had been low for the past few months, but now that the enthusiasts know about this rise in the number of big cats, the percentage of queries has increased by 40%. In this day and age when all of us are running behind comfort and lavish lifestyle, an accommodation does not mean anymore simple stay. And if the stay is associated with one of your most desired trips then expecting few extra points is obvious. A wildlife trip to Corbett National Park is such a tour where you can expect all lavish comfort even though you are planning to spend time amidst unbound wilderness. Far away from the maddening crowd and honks of the metropolis, this national park lets you spend quality time amidst some of the most exotic species of birds and animals among which tiger ranks at the top. However, activities like fishing, angling and day long safari trips can make you a little tired. Never mind! To bring you out of any such instances of exhaustion, well-facilitated properties are built around Corbett that offers exclusive stay, dining and spa facilities. If you are looking for all these facilities at the same place our list of hotels extending spa services in Corbett will be of ultimate help. Here is a brief idea about the best of the lot.