Home of more than a percentage of the Indian wildlife population, Jim Corbett National Park is a refuge which protects millions of wildlife animals. It’s a land where one can hear the constant roars of the tigress, soulful chirps of the sparrows and relaxing sound of water streams. Words fail to describe the sensation of thrill one goes through on a trip to Jim Corbett National Park. Easily one of the most picturesque and serene places in India, Jim Corbett National Park neighbors the Himalayan mountain range. Every year hordes of national and international tourists make their way to this beautiful land to get submerged in its thrilling jungles, snow-draped mountains, murmuring lakes, expansive meadows and vivid culture. And in case you are visiting Corbett National Park, don’t worry for there are a number of stunning hill stations nearby that will keep you glued. The unique land of India is scattered with richness –from north to south and from east to east, whichever direction you choose to spend your vacation the bio-diversity and culture of each place is different and has something new to offer. If you live in Delhi, there are a number of national parks, sanctuaries and tiger reserves which can be an ideal gateway in case you want to have a private one-to-one with the inhabitants. Many of these destinations lie within close proximity of the city and can provide you a healthy break from the monotony of day-to-day life. The strategic location of Delhi means that whatever may be your passion or weakness –cultural, religious, historical, adventure, or wildlife –you can easily gratify them. Let’s discuss some of the top wildlife gateways that you can plan in a jiffy: 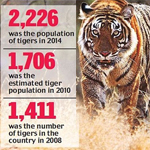 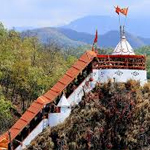 Nestled in the foothills of Himalaya, Jim Corbett is one of the oldest national parks in Asia. Established in 1936 the tiger reserve is named after the British legendary hunter, Jim Corbett, who puts Kumaon on the map with his book The Man-Eaters of Kumaon. Sighting a tiger here may take some time, as there are just 160 tigers here which leave many wildlife enthusiasts disappointed. Jim Corbett National Park, set in the foothills of magnificent Himalayas in Uttarakhand, is an Eden for wildlife aficionados in the country. Endowed with an unsurpassed opulence of nature, the park has a wide-ranging wildlife and engrossing landscape. The first tiger reserve in the country and first national park in India, Corbett, is a harbinger in conserving the flora and fauna species that are on the verge of extinction.

The park is certainly a delight to the eyes of wildlife buffs. Moreover, Corbett offers several snug forest lodges that are apt places for comfortable and luxurious stay as well. The forest lodges in Corbett are designed to bring the comprehensive settings for the visitors according to their needs and taste. These lodges render tourists with comfortable table accommodation in the midst of natural exquisiteness. Some of the best forest lodges in Jim Corbett National Park are..