Winters are approaching and bringing quivering moments for all. The coming months will be filled with so many jolly moments and excitements with celebrations like Christmas and New Year. These festivals are studded with many different kinds of planning and programs and if you are a true wildlife and nature lover, step out with some exciting ways of exploring wildlife in India in the coming months. Finally, the three months waiting is over. Tiger lovers are now much more enthusiastic to get the opportunity to re-visit the majestic beings of Ranthambore, Corbett and other major sanctuaries of India. On Tuesday, the Supreme Court effectively lifted the ban on tiger tourism in the core area of India’s sanctuaries. The court finally permitted tourism in 20% of the core areas of the nation’s 41 tiger sanctuaries and also permitted the new guidelines issued by the government to regulate tourism. Making 136 years of continuous glory, the Jim Corbett National Park is in a perfect sense, a true natural paradise. By inaugurating the ideal venue for the Project Tiger in India in Himalayan foothills, this park is the perfect destination for celebrating wildlife holidays. Hailey National Park, Ramganga National Park and finally Jim Corbett National Park; the name may have changed by multiple times but the glory of this destination has remained unchanged since ages. The reason is; its lush and dense greenery, scintillating landscape and the most demanding the variant wild species including the royal Bengal tigers. 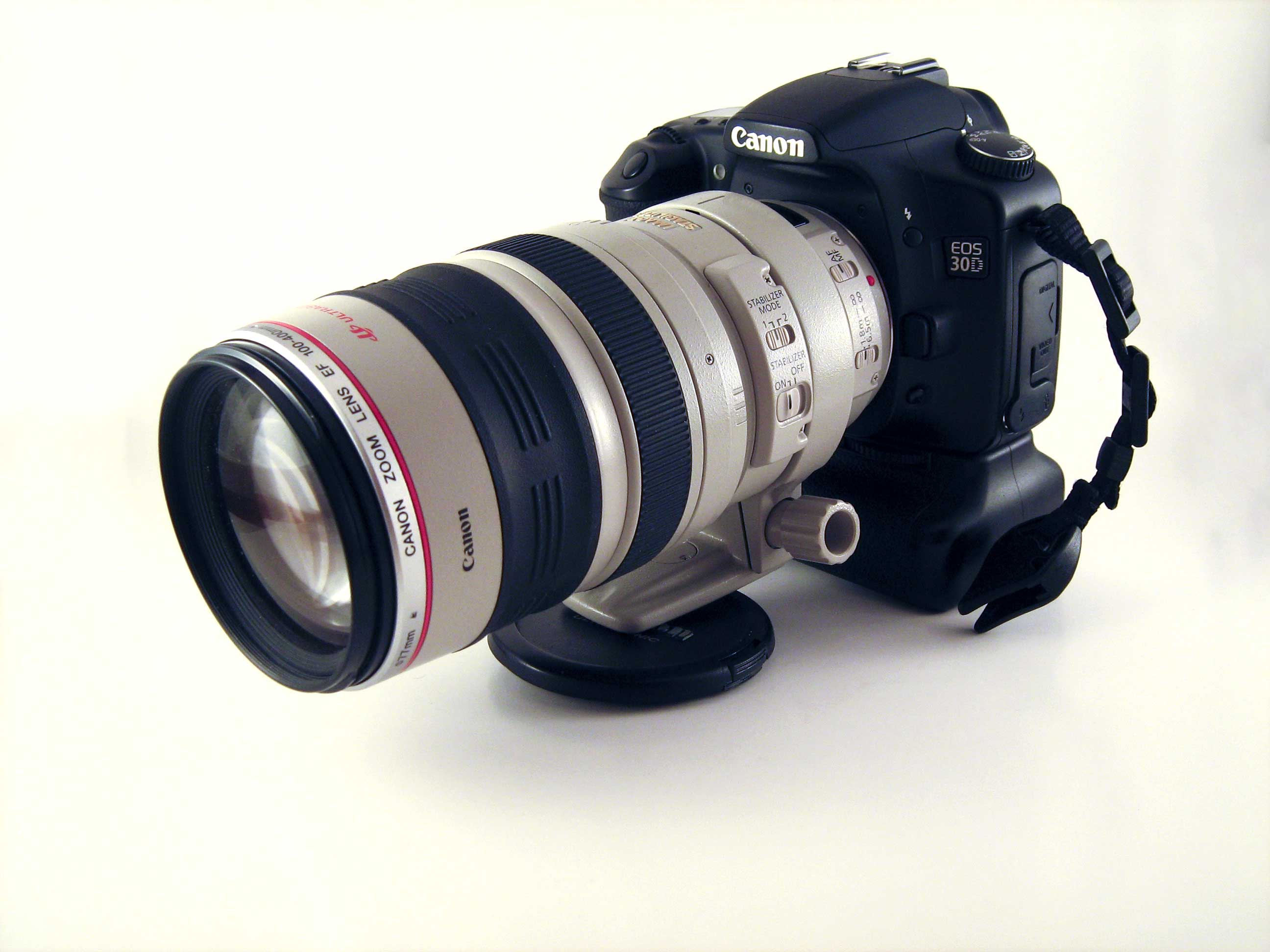 The idea of photography is much creative as nature itself is. This is the reason we find the photographers more adventurous especially those indulging in wildlife photography. Photography plus nature is the wholesome effect of creativity which is very lively and natural. Wildlife photography is such an interest that highlights the hidden parts of nature and the rare creatures. Talking about the wildlife photography in India takes you directly towards the vast and dense jungles of Jim Corbett National Park. Corbett Reserve at the Himalayan foothills in Uttarakhand is simply the perfect option for the best photographic experience of wildlife. It is the ideal location where nature submerges into the lively aroma of wilderness when you encounter the majestic mammalians like Royal Indian tigers, Leopard Cat, Himalayan Black Bear, Sloth Bear, Chital and clicking their natural movements is simply awesome. Along with such encounters one can simply enjoy the heart win sightseeing moments around himself. The landscapes, the grasslands and Ramganga River; all play the best role at the Himalayan valleys for astonishing sights. With Corbett Safari tour the enthusiastic photographer can make this journey more simplified. “He/She” and his/her camera will find the best locations and best scenes around the reserve and can generate the most impressive clicks.
Also Read: Photography Guide of Jim Corbett National Park
Dhikala Zone- The Perfect Gate for Photography The Dhikala range of Corbett offers the best option for Corbett wildlife photography since the gate is located on the Patli Dun valley where Ramganga River flows through different channels bringing outstanding sightseeing experience. Dhikala offers an awesome uninterrupted panoramic view of the valley, with the Kanda ridge in the backdrop. The old rest house at Dhikala can also catch your attention with its historical structure.
You may also like to read
Corbett- Heaven for the Ornithologists If you are a passionate ornithologist, undoubtedly photography must be your best weapon; and clicking the varied and rare species of birds at Corbett Tiger Reserve is simply benevolent. Since, out of 2,060 species and subspecies of birds recorded in the Indian sub-continent, over 600 species/subspecies of birds have been recorded from Corbett at one time or another. This number is greater than the total number of bird species found in Europe and comprises of one fourth of the available diversity found in India. Out of the 69 species of raptors found in India, 49 can be seen in Corbett making it a striking element of the local avifauna. The reserve which covers 520 sq. kms is not less than a paradise for bird-watchers. European bird-watchers are some of the grooviest visitors to the reserve during winters when the bird diversity is at its peak and that simply includes the vibrating photographers to capture the titillating movements of these active creatures. So, are you ready with your camera now? The dense lush surroundings of Corbett are really waiting by striking some best poses for you and whether you are on an elephant safari or want to enjoy the jeep safari; the role of photography will bring the same energizing effects. Introduce yourself to India’s first national park, the Corbett Reserve and capture some of the finest memories of attractive wilderness in your camera. Have a wonderful and explorative photography.
You may also like to read
Read Story Some people definitely believe that the endangered species like the tigers should be kept away from the people and some also believe that they should be taken out of the wild to be kept in detention as a reserve to prevent the extinction. But what about those people who throng at different national parks in India just to have the royal glimpses of these majestic creatures that are basically the pride of India? Those wildlife lovers are today becoming devoid of such offerings. The recent SC order on banning tourism at the core areas is really a weighty issue for the tourism department in India. The question arises right here, what exactly do you think is wildlife tour? What else? The wildlife tourism is all about focus on the iconic species like whales, polar bears and most importantly the tigers. But keeping strict precautions on the venture of these creatures can never be a solution; it can only be an obligation for such creatures. With tiger tourism all across the national reserves in the country including Kanha, Ranthambore or Corbett Tiger Reserve; the scene of wildlife tourism can take a grand acceleration.

Also Read: Your Contribution to Save Tigers Conservation has many important roles in wildlife. It is more than just saving the species of the endangered wild creatures. Conservation also means maintaining the habitat and changing opinions regarding it. Primarily the animals were endangered by the harsh actions of the people including deforestation, pollution, hunting and poaching. Apparently, the wildlife tourism can have a great role to play in stopping such detrimental activities by creating awareness and encouraging people to relish the natural environment. Certainly the tiger tourism in India has played a major role in the tourism department but it is exactly not true that tiger tours are being organized for self benefits. The Indian tourism department has really worked hard for the improvements in the infrastructure of the jungle, its environs, for the creatures and for the locals. The core focus of promoting tiger tours in India is to improve the well beings of the locals of the buffer zone around different sanctuaries and reserves in India including the wild creatures.
Also Read: Reasons Behind Extinction of Tigers
India which is home to almost 21 wildlife sanctuaries and national parks have also focused on the infrastructure of the jungle and its surroundings just to promote tiger tourism. The relevant areas are covered with luxuriant forests, from evergreen to deciduous ranges and from the Western Ghats to the scrub jungles of the plains; each & every regions are continuously being maintained so as to attract the wildlife lovers in those arena. These efforts may only bring one advantage and that is the pure and harmless attention towards the majestic creatures. No trip to India is complete without a trip to one of the tiger reserves to see the majestic tiger in its native habitat. Unfortunately, poaching of tigers still continues and the only way to protect tigers is through official legislation and better policing which many charities lobby for. But through well managed tiger tourism, India can get benefited from the financial income brought into their economy and can realize that protecting tigers isn’t just good for their image but also good for their incomes (with the improvement of tiger tourism). Increasing numbers of tourists will also raise awareness of the dilemma of the tiger and help increase the publicity for the campaigners.
You may also like to read
Read Story The banning of tourism across the core areas has really made a difficult U-turn in the face of tourism all across India. There are almost 40 national reserves in the country which are facing the difficult situation of banning the core areas. The forest officials of the Corbett Reserve Department have brought a fantastic resolution out of this timid situation. The Ramnagar Forest Division, under the Corbett Tiger Reserve is planning to organize a landscape day-visit along the Ramnagar division. Earlier the visitors used to thrive across the core zones to explore the Corbett ’s wilderness but the good news is that the Ramnagar Forest Department has prepared a layout for the same to the proposed rule to the department.

The state government along with the tourist organization is also setting alternate options to continue with the tiger tourism in India. And for the same purpose, the Jim Corbett Tiger Reserve has allowed for a safari day-visit at the Ramnagar area, a part of the Corbett landscape. According to the Ramnagar forest official, Premshankar Shrivastava, the department has already permitted for the eco-tourism for Ramnagar forest division. The tourists were already making their visit to these areas to catch the glimpses of the rare species that used to frequently roam at this region. And today the day-safari will bring more charm and attraction to this region. The Sitavani and the Pawalgarh regions are already being used for the same and the proposal to visit these areas have already been sent to the State Government.

Also Read: Journey of Save Tiger Mission
The Corbett Park administration was claiming to the presence of at least 214 tigers in the area and surprisingly more than half of the counts are available at the Corbett landscape area (Ramnagar and lowland area); out of which the Ramnagar area boasts the maximum counts of the tiger species. Apart from that the presence of other majestic species including elephants, deer, Barasingha etc are making these areas more prolific. The Ramnagar area will definitely bring much attraction to the tourists as there are not only the fascinating landscapes, but the presence of many religious destinations and spots will motivate the tourists.  These attractions may include the Valmiki Ashram, Maa Sita’s meditation site, Maa Garziadham along with the fascinated Tourist Corbett Fall.
You may also like to read
Read Story